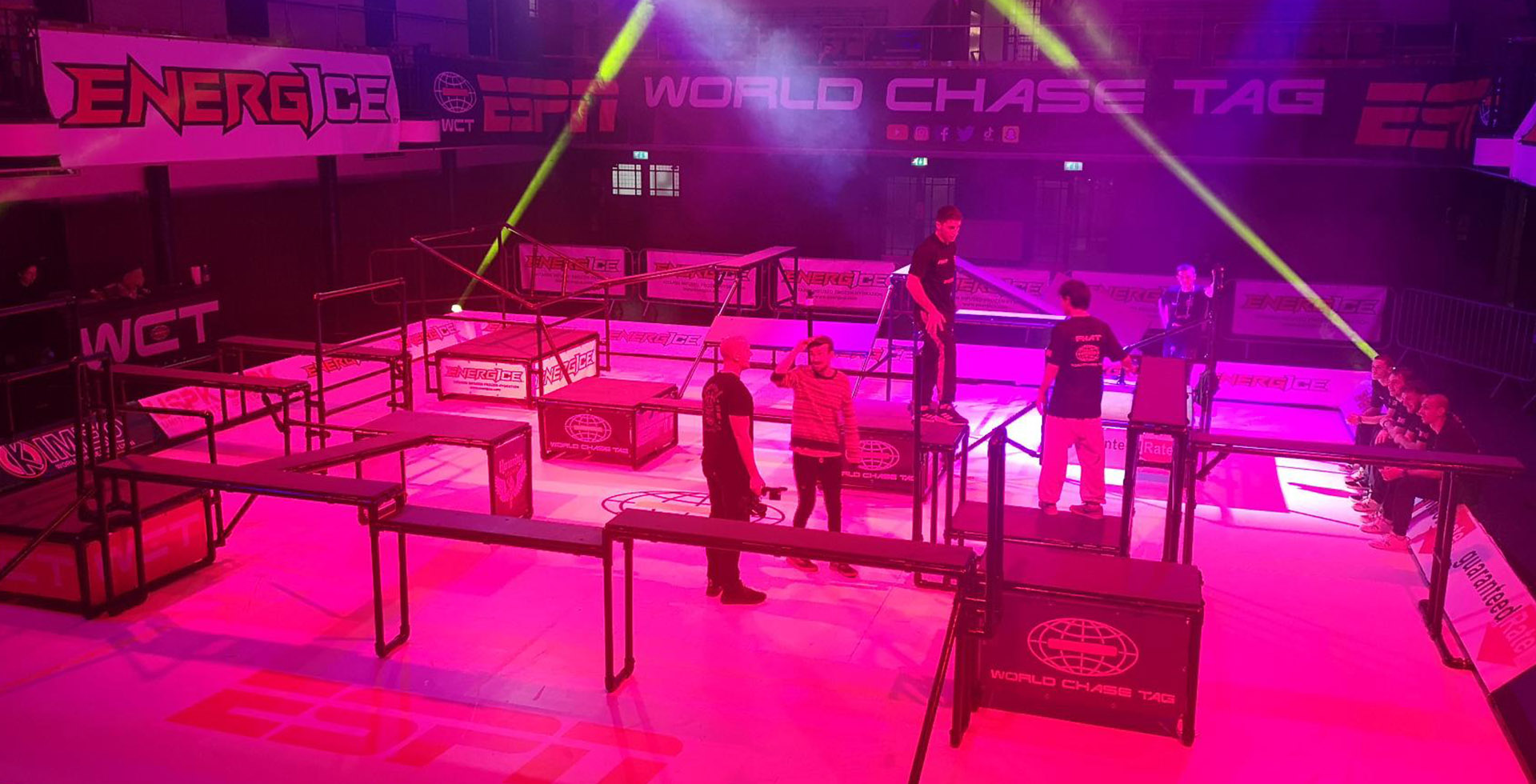 We have worked with Chase Tag since its inception in 2017. For the 2021 UK Championship Tournament, the event was held in Bethnal Green’s York Hall, the Spiritual Home of British Boxing, a listed building in which we provided lighting, sound, and more. The Championship was filmed live to be broadcast on ESPN on December 5th, 2021.

We were tasked with providing lighting, sound, projection, and screens suitable for the live filming of the UK Championship Chase Tag Tournament. We were also asked to provide power distribution and rigging to ensure a safe and efficient event.

We were mindful of the fact that the Championships were taking place in a listed building. As such, our lighting, sound, rigging, and power distribution solutions were sensitive to the requirements of the building. We were also aware that our lighting had to be suitable for a live sports event that was being filmed for TV broadcast.

The end result was a bright and crisp lighting set up that provided the perfect conditions for the competitors and made viewing, both in person and on TV, crystal clear. We are looking forward to working with Chase Tag again for the World Championships, to be held in the stunning Alexander Palace. This venue will present novel and exciting challenges that we can’t wait to get stuck into.

The Great British Bake Off